🌟The BEST self-care gifts to help you … 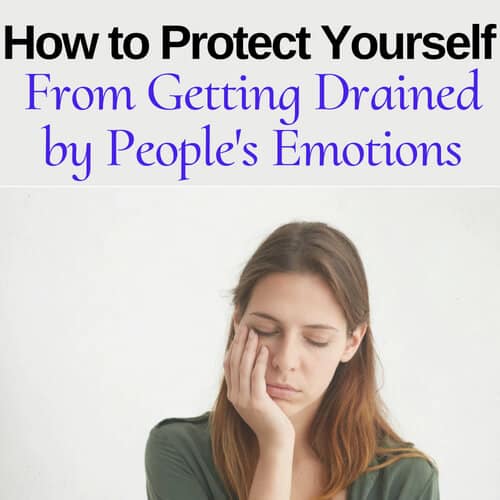 If you are an empath (or someone who takes on other people’s emotions) you know how draining it can be.

I’ve taken on people’s emotions my whole life. I grew up as the youngest of 6 kids, so knowing how to not piss everyone off was something I learned early on.

Growing up, my Mom struggled with depression and there were days where she never left her bed.

Every morning I determined how the day was going to go based off of her mood.

As an Amazon Associate, we earn on qualifying purchases. Affiliate links are used. Disclosure • Advertise with us

If she was slamming dishes in the kitchen sink, we knew to stay in our rooms.

And if she was blasting music and singing around the house is when it was a good day.

Some people’s emotions are so strong they can truly dictate and rule parts of who you are.

Sometimes even without you knowing it someone’s bad attitude can leave you feeling annoyed and frustrated. You can feel responsible for other’s pain, which is an unnecessary burden to carry.

If you tend to take on other’s emotions, you may also struggle with anxiety and/or depression. As you try to be there for everyone it can become stressful and leave you feeling like you aren’t doing enough to help the people around you.

And as we become adults it’s hard to be in relationships and even have a job where you don’t constantly feel sensitive to every emotion around you.

I still struggle to this day trying to figure it all out. There is a fine line between caring too much and not caring at all.

And it’s hard to figure out where that line is.

If you’re someone who takes on other people’s emotions, you’re either all in or you’re out.

But, it is possible to teach yourself a balance between the two. Where you can still empathize with other people, but you don’t have to fully take on their emotions.

You can still be caring and kind to others without letting it completely mess with your emotions.

With all this said, I want to remind you that being sensitive to other people’s emotions is a very good thing!

It allows you to be more in tune and know when something is up, before anyone else does.

I personally have built very strong connections with people because I know when someone is upset and help them work through it. And it just makes you a very caring person overall.

You can still be this way without letting all of these emotions flood into your life.

Setting emotional boundaries can give you the right balance of caring and being there for people.

How to Stop Taking on Other People’s Emotions

Understand That You Might Not Always Know Everyone’s True Emotions

Something that helped me was when my boyfriend would get upset, and then I would follow.

He would ask me “why are you getting so upset?” and I would say because he was.

He then said, “I’m not upset. I’m a little irritated because I had a tough day, but I’m actually ok.”

I tried so hard to pay attention to the cues he was giving me, and I realized I was way wrong.

Sometimes it’s all in our heads, based off how we perceive other people. If someone looks upset, you may start to believe they are.

But, there is no way to know unless you ask them. Otherwise you may just be making stuff up in your head.

Also, what you might think they feel over what they truly feel may be off. You might think about how you’d feel in their situation, but it won’t always match how they do.

This realization has truly helped me understand it more. Because since I am not that person, I can’t just say I know exactly what they are feeling.

And their feelings might not be nearly as sensitive as yours.

So, when you are around people understand that it’s possibly you who is assuming what other people are feeling.

Practice Being Aware of How You Feel in These Situations

Instead of taking on the other person’s pain, focus on how it makes you feel.

You might feel stressed out or concerned for them. Or you want to empathize with them, because you would want someone to do that for you.

If you aren’t fully in tune with how others are feeling, it might make you feel guilty.

Pay close attention to how it truly makes you feel, and not just how you’re trying to take on their emotions.

Sometimes we think we need to be more sensitive to things and care more.

I am definitely the type to try to put myself in other people’s shoes and I want to feel the same pain to understand it more.

And you may feel you have gone through something similar, and wish to take on their pain so they don’t have to. Because you feel strong enough to do it.

But, everyone has to go through their own hardships in order to grow. No matter how badly you may want to, you can’t take away other people’s pain and experiences they are supposed to go through.

Stay Away from Emotionally Draining People

Some people are leeches. They see that you care, and they take advantage of it by sucking up everything you have to give them.

This is how some people stay playing the victim and get away with doing the bare minimum in life.

They stick to empaths like glue, because empaths will always be there to help them.

But, these types of people can quickly drain you of anything you have left to offer. Leaving you feeling resentful and annoyed.

Every relationship in your life should have a 50/50 ratio. Where you make an effort to show up, give and receive. The other person in the relationship does the same thing.

There are equal amounts of give and take with both parties.

That’s why relationships require a little bit of work, and certain people aren’t willing to put in that work.

The leeches in the world will only take what you have to give and won’t give anything back. And if you try to set boundaries with them, they will fight you on it.

When you take on other people’s emotions, this can become a challenge because you want to give to as many people as possible.

Some people just don’t deserve it, until they are willing to put in that work too. So, work on filling your life up with people who show up and make an effort in your life.

These people won’t ask you to take the burden on of their emotions.

This way, you won’t get drained and you will have strong people in your life who can take care of themselves.

Let People Know You Care, but Get Distance if it Becomes too Much

In order to set emotional boundaries, you have to listen to yourself.

Fully taking on other people’s emotions isn’t healthy, because it just causes you to feel bad, when you really shouldn’t.

What’s important is to tell whoever it is that is having a hard time that you are there for them.

Be fully engaged with them, listen carefully and empathize.

But, don’t let it completely take over your emotions. Practice telling yourself, I am here for this person and I will talk them through it, but I won’t allow myself to get absorbed in the same feelings.

If you have the right people in your life, it becomes much easier to set these boundaries. These people won’t rely on you all of the time to pull them out of their bad moods.

Set limits. If your best friend is upset about a guy cheating on her, be there for her. Set up a night to talk about it and be a supportive friend.

Then, move forward. If she continues to talk about it for weeks, work on setting a boundary with her.

This can also help her in moving on with her life. Because when we enable the behavior, it’s much easier to keep doing it.

If you set a limit, people will respect that and they can work on moving on with their own lives.

Work on Taking Care of Yourself

As a woman, it’s all too simple to put people before myself. I don’t need much, and would rather give more than receive.

But, this can start playing into your own self worth and how you think of yourself.

Taking on other people’s emotions can be a result of you not believing in yourself enough. You base your mood off of other people, because you aren’t sure how you feel.

Or you rely on other’s so much to determine your own value.

I learned from an early age that taking on other people’s emotions was a way for me to fit in with people. I did what they wanted, and ignored what I needed.

And, if you have a tendency to be an empath, you most likely ignore your own needs often.

You have to believe in yourself so you can stop letting other people’s emotions define you.

Practice self-care often, and do something every day for yourself. When your cup is full, it’s much easier to give to others. And it’s easier to set healthy boundaries.

I know that it’s easier said than done to stop taking on other people’s emotions. Trust me!

I still do it. And because you are sensitive to the world around you, you won’t reach a point where you completely stop.

But, you can get to a healthy spot where you are a great person because you care so much, but you also know where to set up a boundary.

This can keep you from taking on so many emotions around you. Just like with anything, it starts with you and having the confidence to put yourself first over anything else. 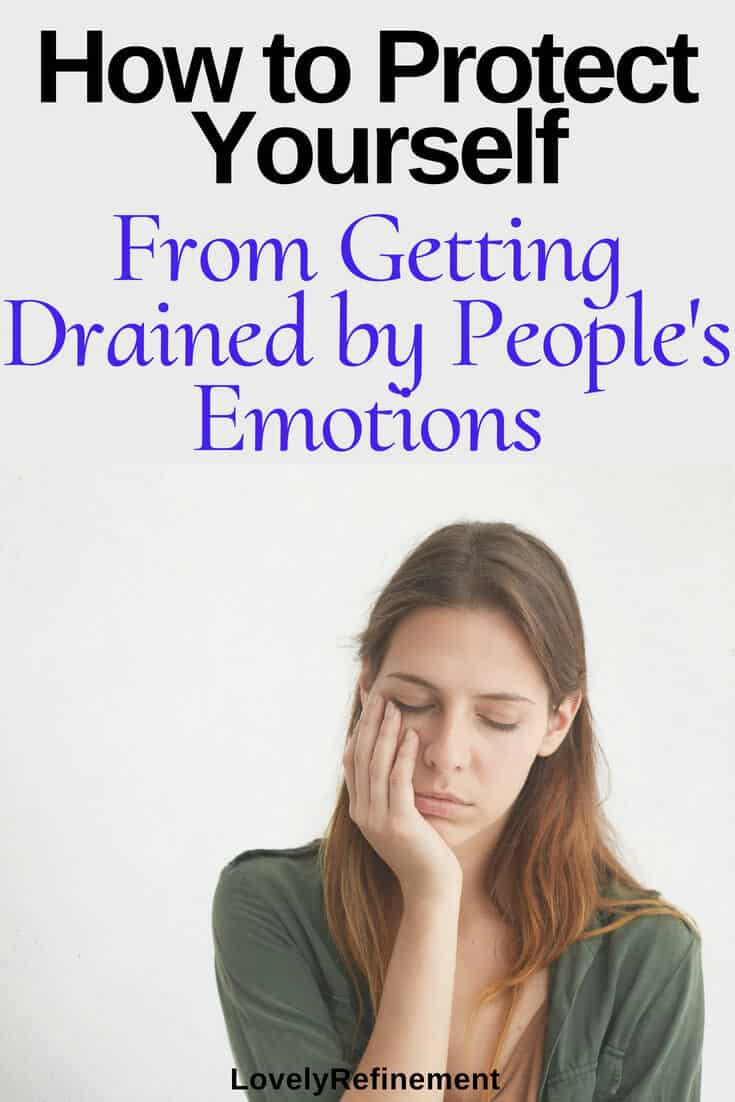 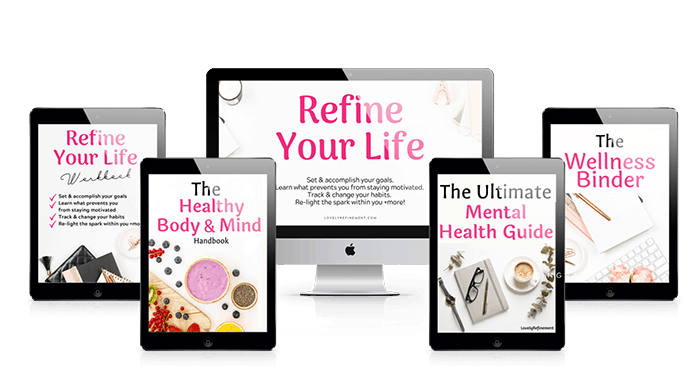 Have you seen our ‘Refine Your Life Purpose Mental Wellness Program?’ 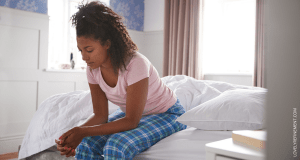 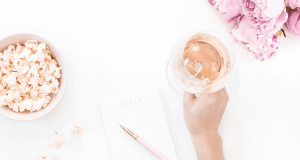 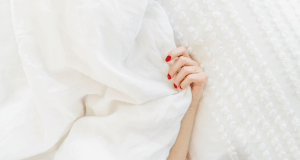 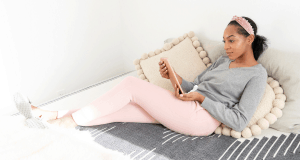 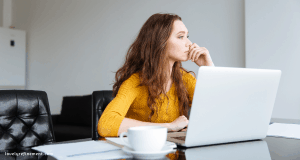 Get a FREE mindset + motivation kit

Previous Post: « 20 Journal Prompts That Help Combat Anxiety
Next Post: How To Get Motivated When You Struggle With Anxiety & Depression » 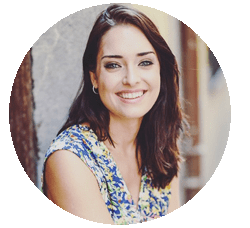 Hey there! I’m Samantha. I help women transform their mind by teaching them how to cherish the present moment, improve their self-love, and reduce anxiety.